When a couple marries and has children, they do not plan for issues like divorce down the road.  But when divorce happens, resolving issues involving the children are of the highest priority for both parents.   Fortunately, most issues can be worked out with patience and some guidance from your legal advisor and a satisfactory Custody Order put in place. 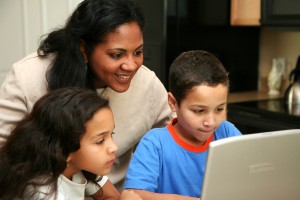 In Nevada, the primary goal is to have both parents remain a part of the children’s lives.  Child custody involves two areas where decisions must be made: Legal Custody – Legal custody is the right to make decisions regarding the child, such as where they live, what religion they practice, where they go to school and dealing with healthcare decisions. Unless one parent fails to meet competency requirements (such as due to involvement with drugs, alcohol or abuse), joint legal custody is usually granted, and parents share decision-making equally. Sole Legal custody may be granted if one parent is involved with alcohol, drugs or abuse. Physical Custody – Physical custody determines where the child will live.  There are different types of physical custody arrangements that may be granted:

How is child custody decided in Nevada?

What does the court consider?  Child custody decisions are made based on a common sense set of criteria that put the well-being of children first and foremost, including:

Child custody has a significant impact on a child’s long-term health and well-being, and it significantly affects both parents’ lives as well. In addition to determining the children’s living arrangements, it can affect child support payments and whether, for example, a parent may be able to move out of state for work or other reasons. For everyone involved, it is of utmost importance that child custody issues be handled thoughtfully and a workable plan put in place that also allows for changes down the road as situations change. In a divorce, the parent will also have to take a seminar for separating parents called a COPE class.

For help with your child custody situation in Las Vegas, call or contact the Page Law Office for a free consultation.